The Observance of Shovavim

As the non-Jewish world celebrates themes of romance this time of year, the Torah compels us to observe closely the terms of marital purity. Rav Miller writes below:

Origins of the term Shovavim

This week, the period of the year in the Jewish calendar known as שובבי”ם, concludes. שובבי”ם is Roshai Tovos (an anacronym) for the names of the weekly portions of Shmos, Va’ara, Bo, B’shalach, Yisro, Mishpatim. And this year because it is a leap year Shovavim extends to include Teruma and Tetzveh.

What is Shovavim?  The greatest Kabbalist of the last 500 years, The Ari Z”L, made a Tikkun that as Bnai Yisrael leave Mitzrayim (Egypt), we should be leaving Mitzrayim as well.  What is Mitzrayim?  Why was it so important the Bnai Yisrael leave Mitzrayim?  And why is it a transgression to go back and live in Mitzrayim?  Mitzrayim, in the language of Chaza”l, is שטופי זימה, flooded in promiscuity.  Egyptian society of antiquity, which was filled with sexual immorality, is diametrically opposed to the morality and Kedusha or holiness of the Jewish People.  The Ari Z”l instituted a period in which we attempt to work on our matters in this area.

What is remarkable about Bnai Yisrael’s stay in Mitzrayim is that not one of them crossed the line of sexual impurity (except for one case of unintentional misconduct).  Chza”l teach us in the merit of guarding themselves in this area they were worthy to be redeemed.   What is the secret of their success?  This is not a theoretical question.  Rather, this is a most practical question that can help a generation that suffers so drastically with immoral exposure.  Even the greatest of Tzaddikim are faced with images and messages in society (even if you don’t have a TV) that were unimaginable in previous generations.  The purity and even stability of the Jewish home is at great risk, for one because of this issue.  So we must understand how Bnai Yisrael were able to create this all important barrier during their stay in the lowliest of places.

The answer lies in why Shmos is called the “Chumash Sheni.”  In addition to obvious reason that it is the second book of Torah, Sefer Shmos is most definitely building on Sefer Bereshis.  The great Tzaddik, Rav Moshe Chayim of Chernavitz ZT”L, author  of the Baare Mayim Chayim, Siduro Shel Shabbat and other works, teaches us that in the merit of the Avos (Fathers), Bnai Yisrael were able to keep out and keep away from the toxic influences of Mitzrayim.  It is noteworthy and fitting that all the challenges that our Avos and Imahos faced took place in the actual land of Egypt.

Their righteousness was initiated by the Tzidkus of Sara Imanu.  Because of her external beauty, she was taken to the house of Pharoh.  As Chaza”l say in Yalkut Shimoni, Sara was offered all of Pharoh’s possessions just to agree to live with the King.  In her great Yiras Shamayim, she turned down the offer hands down.  The evil forces of Mitzrayim had begun to be subdued.

The process continued when Yosef HaTzaddik found himself as master of Patiphar’s house in Mitzrayim. (Let us make no mistake, we refer to Yosef as a Tzaddik, though the Gemara in Yoma 35b puts him in the category of the wicked, because of this incident). Eshet Potiphar laid her eyes on the handsome Hebrew in efforts to compromise him. We cannot fathom the moral strength that it took and the breaking of desires that was involved for Yosef to overcome his yatzer harah. But the power of Hashem, his father’s God, was with him and he overcame this moral test. The evil forces of Mitzrayim were subdued further.

The final step in the process was Yaakov Avinu’s 17 (gematria טוב), good years in Mitzrayim. The Chernavitzer Rebbe explains at length that the significance of Yaakov Avinu’s tov years is that he put all of his energy into building the spiritual infrastructure for Bnai Yisrael that they would guard themselves against the ra or evil of Mitzrayim.

Sefer Shmos is referred to as Sefer Sheni because Bnai Yisrael’s moral triumph is built on the gevura or courageous feat of the Avos found in Sefer Rishon, Sefer Bereshis. Bnai Yisrael left Mitzrayim, the sea was spilt, the Jordan was split and many other miracles took place in the merit of the moral fortitude of the Avos and Imahos.

As we attempt to “purify our hearts to serve You truthfully”, may we gather strength from our great Avos and Imahos that set the path of purity and created the foundation for eternal Yitzias Mitzrayim. 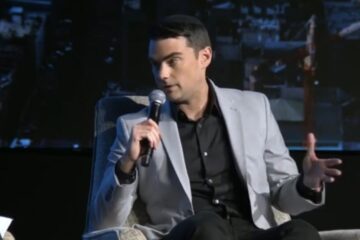 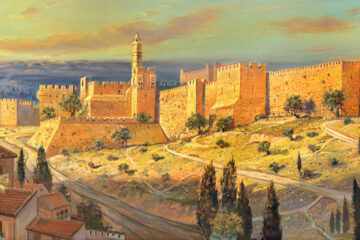 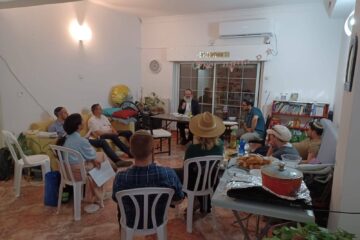