What is Hasidic Judaism? with Rav Shalom Miller

Today Rabbi Miller took a bit of time off from study and community outreach to talk about the subject of Hasidic Judaism.

OSA: How did Hasidic Judaism start?

Rav Miller: 17th Century Ashkenazi Jewry met challenging times with two catastrophic events: The Khmelnytsky Massacres in 1648 killing hundreds of thousands of Polish Jews and the false prophecy of Shabbatai Tzvi. Furthermore, Jewish practice became dry and cold for the common Ashkenazi Jew.  The Jewish communities of the Ukraine, Poland and Russia were in dire need of inspirational leadership to reignite religious devotion and meaningful service of God.

RM: The spiritual reigniting of the Ashkenazi Jewish community came via the piety and charisma of Yisrael Baal Shem Tov, b. 1700 in the Ukraine.  The Baal Shem Tov had no intention of making any changes to Jewish law or even to start a new movement.  His life mission was to inspire both scholarly rabbinic figures and common Jews alike with service of God imbued with joy, warmth, spirituality and light of the Torah.

Kabbalah and the Arizal

RM: Without question the teachings of the great 16th century Kabbalist, the Ari Z”L, served as a foundation for the spiritual reawakening that the Baal Shem Tov ignited in the Ashkenazi world.  Prayer with religious fervor, emphasis on an emotional connection to God/Torah, unique attention placed on loving fellow Jews, and Hasidic style Torah teachings were aspects that the Baal Shem Tov and his students emphasized. By the year 1800, Chassidus had spread from Ukraine to Poland and Russia.  While there was concern and opposition from the Lithuanian Jewish community, Chassidus spread far and wide throughout Eastern Europe.

OSA: Rabbi Miller, how were you inspired to connect with Chassidus?

When I began learning in Netiv Aryeh Yeshivah at the age of 18, I was enjoying the engaging study of Gemara and other Jewish texts.  At the same time, I felt spiritually unfulfilled.  I was looking for a deeper, emotional connection, something which spoke to my Neshma (soul).

I found that connection through the teachings of my first Hasidic Rebbe, Rav Yoel Rackovsky.  He both introduced me to Hasidic teachings/way of life and inspired me to pursue a Hasidic path in my own life.  As I learned, Hasidic Torah teachings are both unique and deeply compelling. Rav Yoel’s classes and Kumzitzs (Hasidic gatherings), which included Hasidic teachings, Hasidic stories, singing and dancing, moved me greatly.  My first experience as an educator, at the age of 24, was to run a weekly Kumzitz with a group of ten 18 year olds.

RM: Judaism and Torah observance, starting with 613 Mitzvot (commandments), is filled with demanding and intricate laws. Without spiritual inspiration, truly needed in every generation, the laws lose their meaning and observance of God’s commandments dwindles or fades away.  Chassidus is that perfect spice which imbues Jewish life with awakening, passion and vitality.

In our community in Yishuv Adam, we incorporate a Hasidic approach to Judaism in 3 ways:

Yeshiva in the Binyamin Region

Are you interested in learning about Hasidic Judaism? Come study at our Yeshiva in the Binyamin Region. 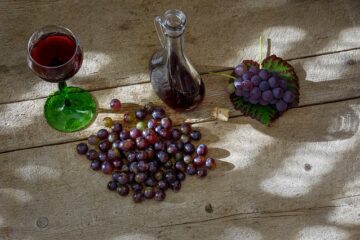 To Drink or not to Drink? A Purim Quandary

Should a religious Jew get drunk on Purim? Rabbi Miller explores this controversy. 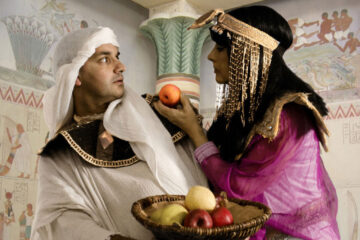 The Observance of Shovavim

As the non-Jewish world celebrates themes of romance this time of year, the Torah compels us to observe closely the terms of marital purity. Rav Miller writes... 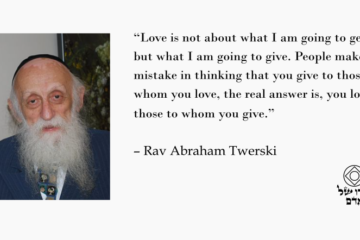 In Memory of Rav Abraham Twerski

We would like to make a modest tribute to this great Hasidic Jew, Rabbi Dr. Abraham Twerski. May his memory be blessed.